Get Back on Your Perch! 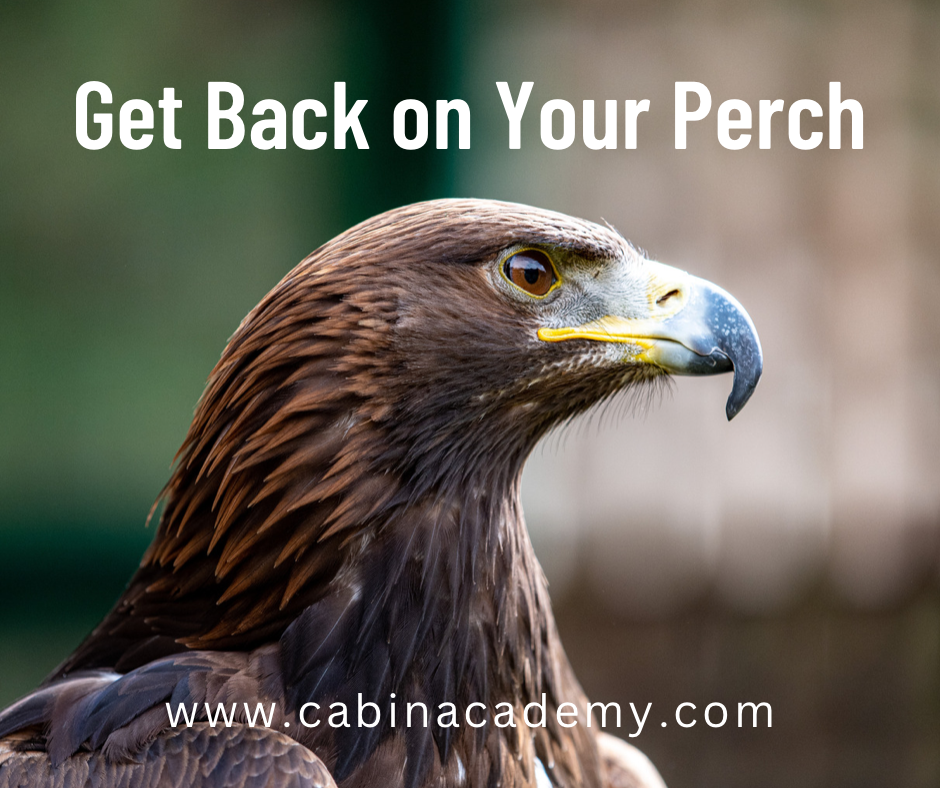 I share this out of obedience to Abba YHVH as He placed an urgency on the timing of this release as we were praying this morning.

I heard the Spirit say, to send an alarm, and to call the attention of “the Calebs."

These are the eagles, some bald eagles and some golden eagles. I share this with love and with gentleness as I hold this generation in honor and such high regard in my heart.  I am aware of the price that they have paid over the years and the faithful journeys that many have been on, living simply, and devoted to YHVH’s call, as incredible prayer warriors and counsellors.  The Caleb’s in this generation.

Those that have been eagles in the Spirit, and have cried out previously with gusto “Give me that mountain!!”

Those that have stood in the gap, and stood as watchmen and women in the Body.  Those slightly older in years, who have been mothers and fathers to many in the Spirit.  Spending sleepless nights and many hours in the secret place petitioning on behalf of nations, peoples, creation, governments, counties, institutions, towns, villages and families.

They have been faithful for many years but in the past couple of years, they have stepped back.  They have got weary and have gone into a spiritual type of “lockdown.”

They have withdrawn from the battle lines, they have withdrawn from their lookout posts. Opting instead, to follow an inferior government guideline and not the Pure instruction of YHVH.  They have chosen the idol of "Safety" over the Lords Armor.  Their lives may have returned back to normal since the pandemic, but the mindset of safety, a false sense of security and confinement has formed a stronghold of apathy.

The Lord is sending out a trumpet blast; “Wake up! GET BACK ON YOUR PERCH!”

Now is the time, to return, to remain.  Until He comes.

The Promises of God are tangible and the Promise Land is in sight.  It is His perfect desire that you enter His Rest and His Promises. Return to Him today, repent of your excuses, while you still have time and do not trade in the promises because of unbelief or an unwillingness to trust God. He is faithful.

With love, blessings and Shalom

13But continually encourage one another every day, as long as it is called “Today” [and there is an opportunity], so that none of you will be hardened [into settled rebellion] by the deceitfulness of sin [its cleverness, delusive glamour, and sophistication]. 14For we [believers] have become partakers of Christ [sharing in all that the Messiah has for us], if only we hold firm our newborn confidence [which originally led us to Him] until the end, 15while it is said,

“TODAY [while there is still opportunity] IF YOU HEAR HIS VOICE,

DO NOT HARDEN YOUR HEART, AS WHEN THEY PROVOKED ME [in the rebellion in the desert at Meribah].” 16For who were they who heard and yet provoked Him [with rebellious acts]? Was it not all those who came out of Egypt led by Moses? 17And with whom was He angry for forty years? Was it not with those who sinned, whose dead bodies were scattered in the desert? 18And to whom did He swear [an oath] that they would not enter His rest, but to those who disobeyed [those who would not listen to His word]? 19So we see that they were not able to enter [into His rest--the promised land] because of unbelief and an unwillingness to trust in God.